Clarkson returned as a guest judge to 'American Idol' and gave a tear-jerking rendition of 'Piece By Piece'.

Kelly Clarkson delivered an emotional performance as she returned to the place where it all began for her, as she appeared on ‘American Idol’ during its last ever season.

33 year old Clarkson, who was the first ever winner of ‘American Idol’ when it started in 2002, appeared as a guest judge giving out advice to the Top Ten contestants before getting on stage to sing ‘Piece By Piece’, her recent single.

It proved to be devastatingly effective, as Clarkson visibly started shedding tears during her full-on performance, with fellow judge Jennifer Lopez clearly moved and even bringing a tear to Keith Urban’s eye. 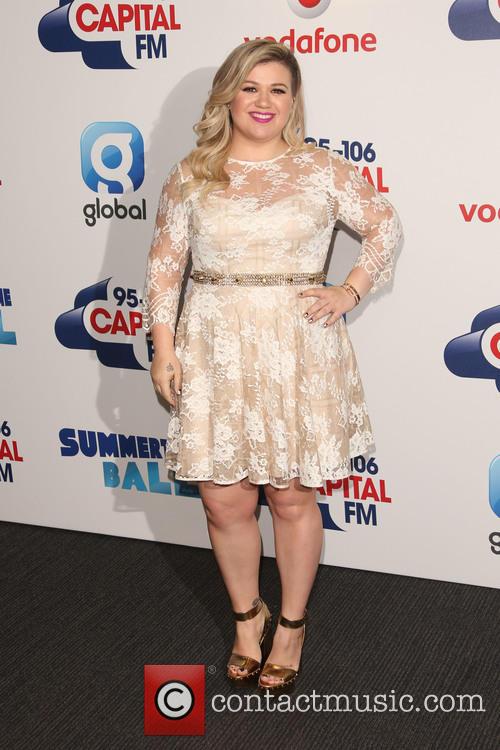 “I'm pregnant and it's nostalgic and I can't believe it's the last season,” the expectant mother, due to give birth in seven weeks’ time said. “Yeah, really sorry I just bawled. I’m actually quite proud that I made it that far!” she told presenter Ryan Seacrest.

‘Piece By Piece’ seems to be an important song for Clarkson personally, as it’s not the first time she’s shed tears while performing it live. Back in August, when she announced that she was expecting her second child – a boy – we also saw waterworks when she performed it on Jimmy Fallon’s show.

It’s believed to be about her husband’s great parenting to their daughter, one year old River Rose, and the contrast between that and her own father’s neglect by comparison.

“It's such a touching song for me as I wrote it while pregnant for my little girl and now I am pregnant with my little boy, which I hope comes out very soon,” she told Seacrest.

Entertainment Weekly reported back in January that Clarkson would be returning to ‘American Idol’ as a performer and as a guest judge, while also announcing that it would be the final season for the long-running reality show.

More: Kelly Clarkson forced to cancel the remainder of her world tour