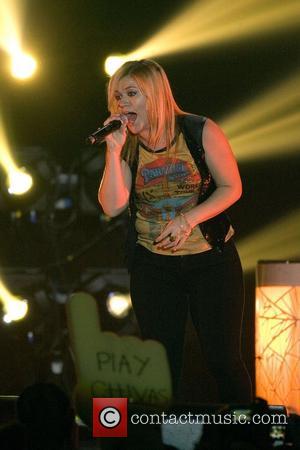 Singer Kelly Clarkson has been banned from taking a $243,000 (£152,000) ring once owned by JANE AUSTEN out of Britain after it was deemed a "national treasure".

The Miss Independent hitmaker purchased the gold and turquoise antique at a sale in the U.K. in July (12), but her request to take it back to her native America was turned down by officials.

She tells British newspaper the Daily Star, "I got up at 4am to start bidding on the auction. We put in an export request but I can't take it out of the U.K. as they've named it a national treasure."

Clarkson admits she is a huge fan of British culture, and even took time out of her busy touring schedule to visit the historic buildings featured in 2005 film Pride & Prejudice, based on the 1813 novel by Austen.

She adds, "I had my sister with me and we went to Derbyshire to see where the version of Pride And Prejudice featuring Kiera Knightley was filmed. Y'all (you all) live in such a beautiful place.

"When I'm here (in Britain) there's so much to see as I'm a really big history nerd. All I've done for the past decade is see the tour bus so we thought we'd do something different."