Kelly Clarkson banned from taking 152k ring out of UK

Kelly Clarkson has been banned from taking a £152,000 ring, which was previously owned by late author JANE AUSTEN, out of Britain after she successfully bid for it because it has been declared a national treasure. 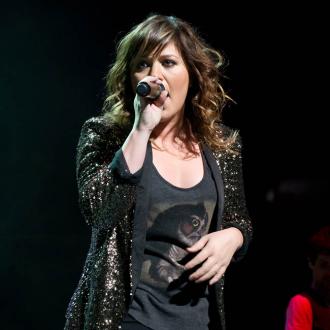 Kelly Clarkson has been banned from taking a £152,000 ring out of Britain.

The singer successfully bid for the ring - which was once owned by revered romantic novelist JANE AUSTEN - at a UK auction, but she is not allowed to take the ring back to the States when her British tour comes to an end tomorrow (20.10.12) because it has been declared a national treasure.

Kelly - who also won a first edition of the writer's 1817 novel 'Persuasion' - said: ''I got up at 4am to start bidding on the auction.

''We put in an export request but I can't take it out of the UK as they've named it a national treasure.''

The 30-year-old singer is a self-confessed ''history nerd'' and during her latest UK tour she swapped her tour bus for a personal driver in order to see a number of historical sites around the country, including the place where the 2005 big screen adaptation of Austen's 'Pride and Prejudice' novel was shot.

She added to the Daily Star newspaper: ''I had my sister with me and we went to Derbyshire to see where the version of 'Pride and Prejudice' featuring Keira Knightley was filmed. Y'all live in such a beautiful place.

''When I'm here there's so much to see as I'm a really big history nerd.

''All I've done for the past decade is see the tour bus so we thought we'd do something different.''