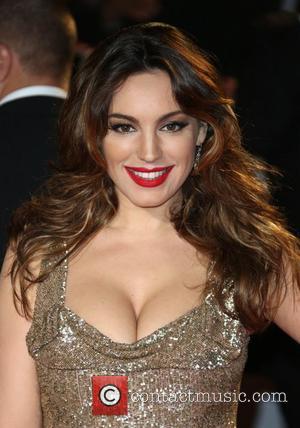 In the battle of the plunging necklines, Kelly Brook triumphed, despite fierce competition from Tamara Ecclestone. Kelly wore a glittering floor length dress; a classic design that would have looked fitting on any red carpet, for any Bond movie over the last half a century. She wore her loose and accessorised with a cream-coloured clutch bag and bold red lipstick, looking effortlessly glamorous. Ecclestone, meanwhile, stopped out in a daring, long – sleeved emerald green dress with subtle leopard print, with a neckline that sunk almost to her waistline. The result was certainly eye catching and may have had some people wondering which cost more... the dress, or the cleavage? 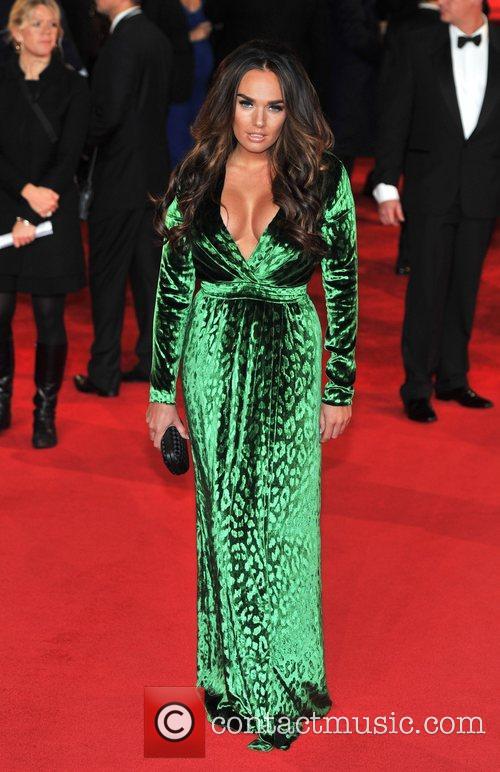 Also opting for ‘eye-catching’ was Bear Grylls, who might be an expert at surviving in the wild but last night proved that he can’t fight his way out of a fancy dress shop and arrived at the classy premiere looking as though he’d forgotten to take his pyjama bottoms off. Bear took the – ahem – ‘bold’ decision to team his tux with a pair of faded-looking Union jack trousers. We’re quite sure they were designer trousers of course. We’re quite sure they were very expensive. But we’re quite sure we think he looks a bit daft. 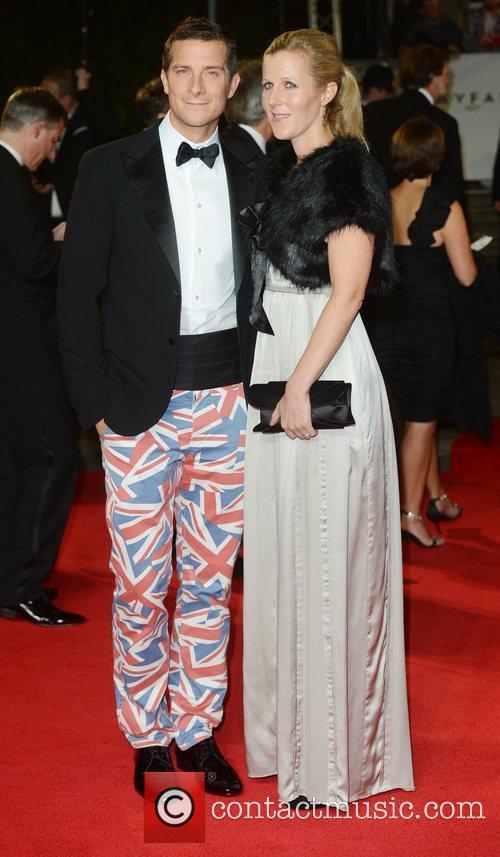 Luckily, the stars of the show saved the day. Both Daniel Craig and Naomie Harris looked stunning. Craig wore a suit befitting of Bond himself, with a neatly tailored, single breasted jacket and bow tie. Harris opted for a sequinned basque, with a sheer, floor-length black outer layer, looking every bit the understated glamour queen. 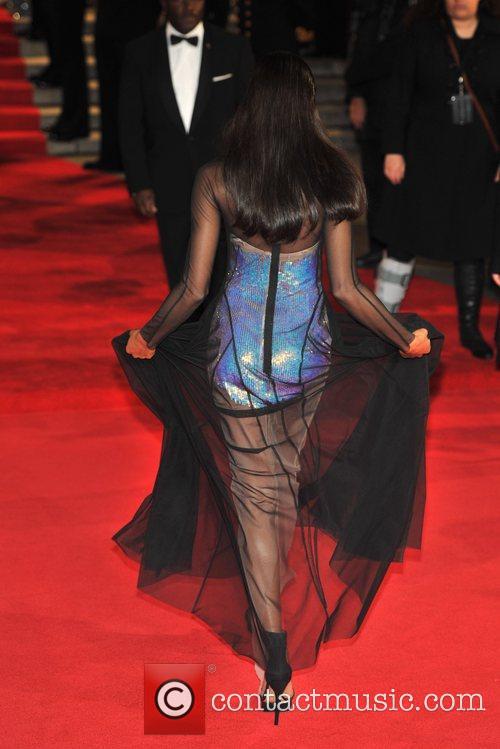 Naomie Harris at the premiere of "Skyfall" at Royal Albert Hall, London, England- 23.10.12 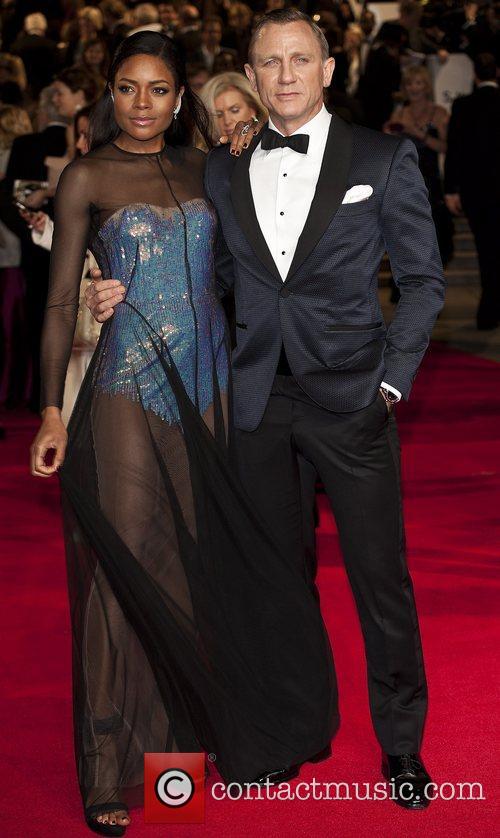 Daniel Craig and Naomie Harris at the premiere of "Skyfall" at Royal Albert Hall, London, England- 23.10.12 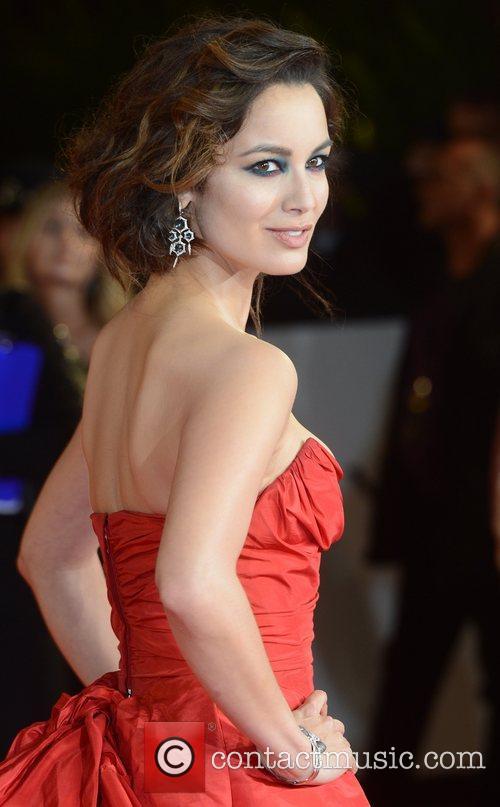 Berenice Marlohe at the premiere of "Skyfall" at Royal Albert Hall, London 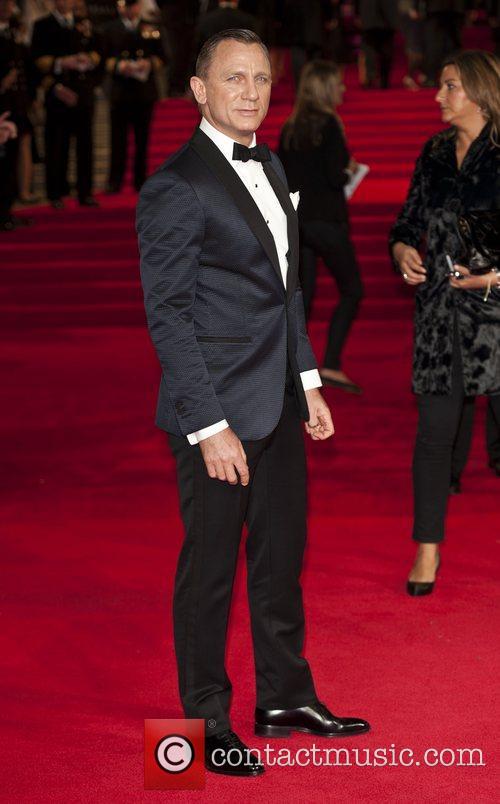 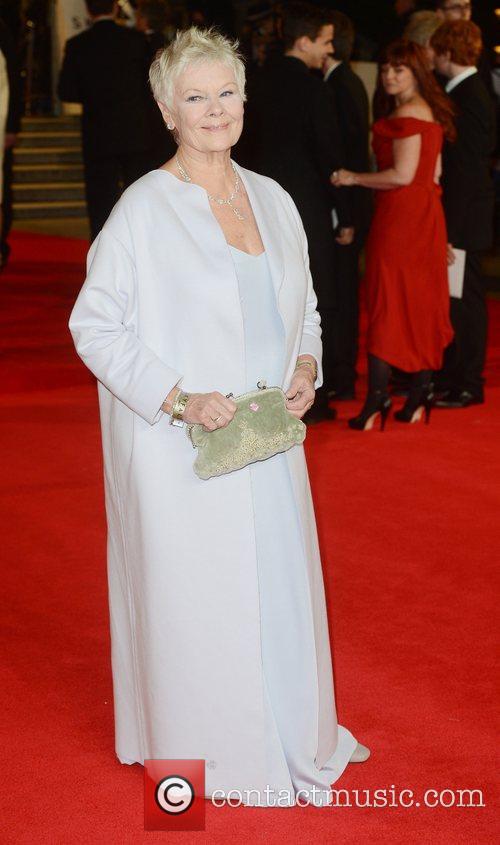