Kelly Brook admits she wishes she had stayed single and only started dating in her 30s. The 33-year-old beauty recently split from Danny Cipriani after he allegedly cheated on her. 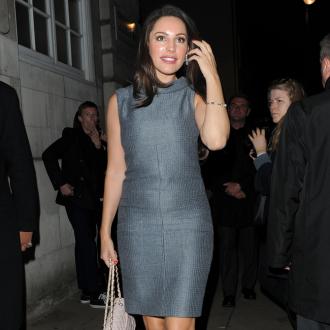 The newly single glamour model - who split from boyfriend Danny Cipriani for a second time recently after he allegedly cheated on her - wishes she could go back in time and not get into any relationships until she was older and wiser.

Quizzed what love advice she would give her younger self, the 33-year-old beauty said: ''Stay away from relationships. I did everything the wrong way around. I should probably have stayed single until now and focused on myself a lot more. I love loving people and doing things for people ... that's just me, it's my personality. But when I look back, I think, 'Oh my gosh, I could have spent that time focusing on myself so much more.' ''

The sexy actress and TV personality claims she will be more ''selfish'' in the future and spend a lot more time growing as a person.

She added to the Sunday Mirror's Notebook magazine: ''I now plan to be selfish. It's important for your self development to focus on yourself instead of someone else.''

Kelly also revealed that she has resorted to leaving her house through windows because of the constant paparazzi attention outside her home.

She laughed: ''Photographers are outside my house most days, so I jump out of windows!''

The star added she also ''sneaks out of restaurant kitchens, uses underground car parks, anything for a bit of peace''.