Kelly Brook could sign a deal worth £1 million for her tell-all autobiography, which could lift the lid on her relationships with Hollywood stars Jason Statham and Billy Zane. 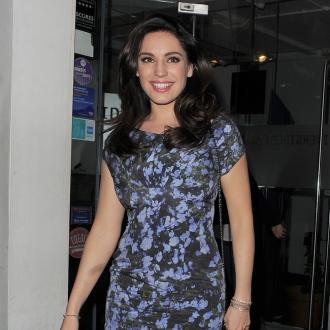 Kelly Brook could sign a deal worth £1 million for her autobiography.

The glamour model and actress is set to reveal intimate details of her life in the book, including her romances with Hollywood actors Jason Statham and Billy Zane as well as rugby stars Danny Cipriani and Thom Evans.

A source told The Sun newspaper: ''Kelly's book promises to be sensational and she has negotiated an amazing price tag.

''Some speculate it is worth £1million. If she's half as revealing as her photo shoots it should be worth it.

''She's had loads of high-profile romances, worked her socks off to get the breaks and suffered some heartbreaking lows. Her story will appeal to millions of women, while men will salivate over the pictures.''

Kelly, 34, got her first break appearing as co-host on UK TV' 'The Big Breakfast' in 1999, but left after six months on the show. She went on to appear on reality show 'Strictly Come Dancing' in 2007, but pulled out after the death of her father, Kenneth. Further tragedy struck in 2011, when she suffered a miscarriage with then-partner Thom.

Kelly was also hired by Simon Cowell to judge 'Britain's Got Talent' in 2009, but was dropped after just one week on the show.

Kelly's modelling career has seen her front campaigns for lingerie companies Bravissimo and Ultimo, as well as Foster's Lager and vehicle manufacturer Renault. She has long been a men's magazine favourite, appearing in Playboy as well as topping the UK edition of FHM magazine's 100 Sexiest Women in the World list in 2005.

Kelly's film career has not taken off so spectacularly, but she appeared in over a dozen films including 'Deuce Bigalow: European Gigolo', the 2003 version of 'The Italian Job' and 'Piranha 3D'.