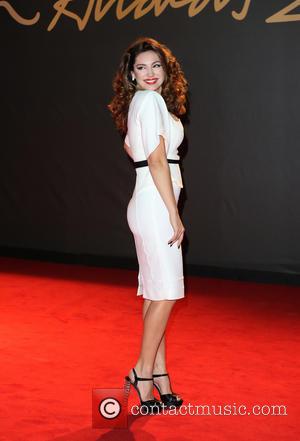 British model/actress Kelly Brook is reportedly reigniting her romance with former boyfriend Danny Cipriani, according to a U.K. report.

The Piranha 3D star, who split from the rugby player in August (13) following allegations he had cheated on her, was spotted getting intimate with Cipriani during a night out in London.

The pair was seen partying on Saturday (07Nov13) at the city's Steam & Rye bar, which Brook co-owns, and later at the nearby Rose Club.

A source tells Britain's The Sun newspaper, "They were with a group of friends but were all over each other, cuddling, kissing and taking photos of themselves. They've been back on speaking terms for a few weeks.

"Kelly has been dating Dave Gardner, but she can't make a clean break from Danny. He hurt her but she still thinks he's the love of her life and that they can work it out. It could be the start of them getting back into a relationship."