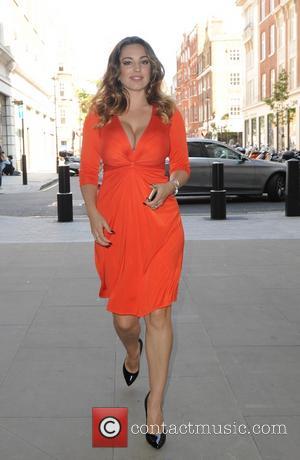 Model/actress Kelly Brook has tried to play down criticism over her domestic violence confession, insisting it was okay to punch her former boyfriends as they are "big men" who she could not "damage".

The Piranha 3D star hit headlines in her native U.K. last week (ends07Sep145) with the serialisation of her memoirs, in which she admits assaulting two former lovers - actor Jason Statham and rugby player Danny Cipriani - by punching them in the face.

Anti-domestic violence campaigners slammed the star over the revelations in her new book Up Close, branding her behaviour "unacceptable", but now Brook has spoken out to make light of the incidents.

She is adamant the assaults on her then-partners are no big deal because Statham is a "martial arts expert" and both men are big and burly.

Brook tells U.K. Tv show This Morning, "In my defence, I don't think (Statham) felt it. This is Jason we're talking about - he's a martial arts expert!...

"It's true I did both of those things. I'm not saying I'm an angel and I'm not saying that things I've done are right. I'm not saying that's the right thing to do at all but yeah, I guess I got some of that fiery passion from my parents... These are big men that I go out with, they're not going to (feel it)... Look at me! I can't exactly do a man any damage."