Kelly Brook has been living with former Gladiator star Torando at her house in West London since New Year's Eve (31.12.13) and he is yet to return to his own home. 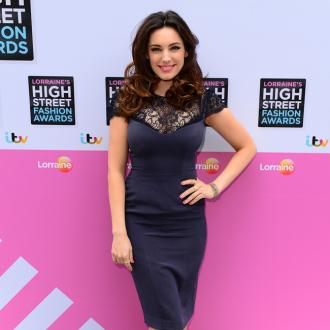 Kelly Brook is living with her former Gladiator boyfriend.

The busty brunette spent New Year's Eve (31.12.13) with TV star Tornado - real name David McIntosh - at her home in West London and he hasn't returned to his own house since.

A source told The Sun newspaper: ''I've spoken to David and understandably he is over the moon. He hasn't left the place and he is growing very close to Kelly.

''She thinks he's a great guy and lovely to look at - but the fact he now has clothes at her home is pretty significant.

''It's all under the guise of him being her personal trainer. But they must do a lot of training at night because he doesn't go home.''

The pair reportedly bonded after Kelly, 34, dumped her ex-boyfriend, Danny Cipriani, whom she had been in an on/off relationship with since 2008, last August after he allegedly cheated on her.

However, the hunky Iraq war veteran isn't the only man Kelly has been linked to of late as she was rumoured to be dating model Harvey Newton-Haydon last month and was also said to be in touch with her ex-boyfriend Thom Evans.

Kelly was also seen tucking into a candlelit meal with 'Gossip Girl' actor Chace Crawford at London's Old Brompton Club during the festive season, before hitting a casino and heading to posh nightclub Mahiki in Mayfair.