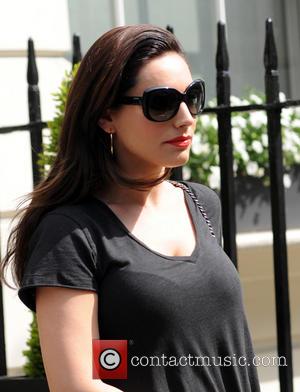 Picture: Kelly Brook - Kelly Brook leaving her house the day after her on/off boyfriend Danny Cipriani was run over by a bus on a night...

British model/actress Kelly Brook has warned fans about the dangers of excessive drinking after her boyfriend Danny Cipriani was hit by a bus during a night out last week (24Apr13).

The rugby player was hospitalised in Leeds, England after he accidentally stepped in front of a double-decker while partying with friends.

Brook is now taking care of her injured lover at home, and she has released an online video message as a cautionary tale to her fans.

In the footage, posted on video sharing website Keek.com, Brook orders Cipriani to show off his facial injuries to the camera before pleading with fans to be cautious on nights out.

She says, "Anyone considering going out on a pub crawl (bar hopping) I'd say think twice... Be cautious."