Model and TV personality Kelly Brook has spoken out about babies and revealed she would not want to freeze her eggs - despite revealing she fears she may be "up against the clock" when it comes to getting pregnant. 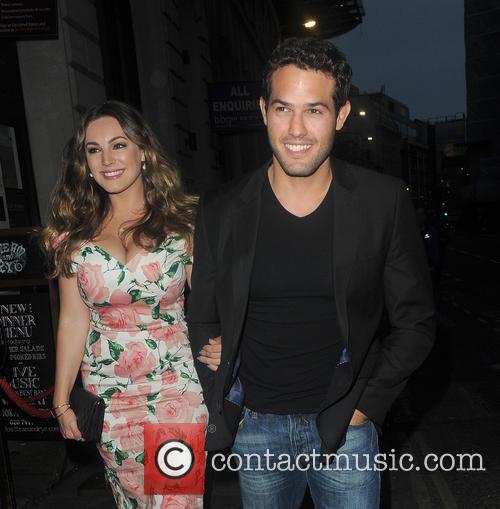 Kelly Brook has revealed future plans with her and Italian boyfriend, Jeremy Parisi

Speaking on female panel show, Loose Women, the 38-year-old also opened up about her long-term boyfriend, Jeremy Parisi, and said she wasn’t sure how important she felt marriage was.

The idea of freezing eggs is a revolutionary technology that allows mature eggs to be frozen and stored for later use; however, the former Page Three girl said she wouldn’t like the intrusion of the process.

She said: "I don't know. I always thought I would do everything quite natural. I don't know if I want all that intervention."

MORE: Kelly Brook Would Love To Be The First Female Doctor Who

The British star also revealed she has previously popped the question to Italian model Parisi but is not sure if it is that important to her.

She said: "I think it [marriage] would be nice, but it’s not the be all and end all.

"We joke about it, I've asked him, he asks me. I don't have the romantic vision of walking down the aisle. I'm not going to be the virgin bride."

Kelly has been engaged to four of her six famous exes - including action man, Jason Statham, American actor Billy Zane, rugby player Thom Evans and Gladiators star and Celebrity Big Brother housemate David McIntosh - but it seems like she’s not in a rush to repeat the engagement process.

Speaking about her past relationships, the star said: "I feel like there was a time I really wanted to get married and have children.

"I was very close to getting married [to Billy Zane] but then my whole focus went from planning a wedding to caring for my dad."

Kelly sadly lost her father, Kenneth Parsons, in 2007 following his battle with lung cancer, though the star credits tough times with giving her the ability to work out who really cares for her.

She said of her failing relationship with Billy: "Planning a wedding was far down the line and it was a real strain on our relationship because he wasn’t the centre of attention.

"It’s easy for everyone to be around when everything is easy. Real life happens and that’s when you know who will stick by you."