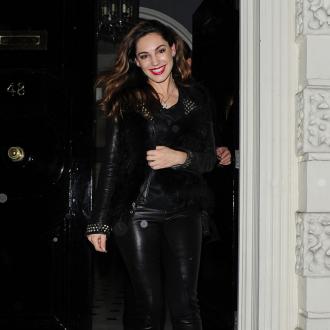 Kelly Brook is dating a male model having moved on from ex-boyfriend Danny Cipriani.

The brunette beauty, who has had an on/off relationship with the rugby player since 2008, is said to be smitten with Harvey Newton-Haydon after Danny cheated on her.

A source told The Sun newspaper: ''Kelly really likes him but has been trying to keep it quiet as she wants to get serious.

''She has been playing the field since Danny did what he did.''

The source added: ''Danny now realises she is well capable of moving on and it's killing him.''

The 26-year-old sports star is reported to have given the curvy model, 34, a Cartier diamond bracelet for Christmas in an attempt to win her back for good.

But she is believed to be ignoring his advances while getting close to heavily-tattooed Harvey and has even posted a photograph of him on her Instagram account.

The 25-year-old British model has posed for the likes of John Galliano and was the face of both Richmond by John Richmond and Firetrap in 2010.

Kelly and ex-boyfriend Danny first split in 2010 and she began dating another rugby player, Thom Evans, but rekindling her romance with her Danny.

They split again in August this year after she discovered he had cheated on her with a number of women.