'One Big Happy' co-stars Kelly Brook and Nick Zano have been banned from dating by show bosses. 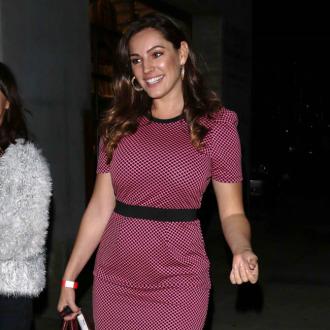 Kelly Brook has been forbidden from dating her 'One Big Happy' co-star Nick Zano.

The 35-year-old beauty - who's been involved in an ongoing spat with her ex-boyfriend David McIntosh - has been told by show bosses that she's banned from dating her hunky American co-star because it could make things awkward on set.

She shared: ''I can't date him. We've been told we're not allowed to because, well ... we're just not allowed. It would just be awkward for everyone, we'd have a spat.''

But according to Kelly, the ban has helped make their sex scenes look even more realistic.

The British star told the 'Ellen Degeneres Show': ''We keep it all on screen. So when we're kissing, we really go for it because there's a lot of pent-up sexual tension.

Kelly confessed that while she would like to date a guy like Nick, 37, it makes sense that they resist the temptation.

She added: ''In my dreams I'd like to imagine he would date me. He's a lovely guy. But I do think it'd be easier not to.''