Kelly Brook and Thom Evans have reportedly called time on their relationship because he was jealous of her former boyfriend Danny Cipriani. 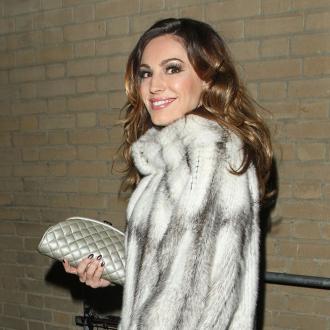 Kelly Brook and Thom Evans have reportedly split up.

The TV beauty has dated the rugby hunk since meeting him in a nightclub in November 2010 but they called time on their relationship last week after he grew jealous of her friendship with her former boyfriend Danny Cipriani.

''Even though there was nothing going on while she and Thom were together, Thom hated the fact she was seeing him and Kelly refused to end their meetings.

''After one row too many the pair decided to end things. She's been leaning on Danny since the break-up and, while she's devastated, she knows it's for the best.''

While Kelly, 33 - who who has also dated actors Jason Statham and Billy Zane - remains in their London home, Thom, 27, has already moved to Los Angeles where he is hoping to forge an acting career.

The source added: ''Thom told Kelly that he's always wanted to live in LA but never made the leap because she was so against it.

''He's booked loads of auditions. It's also easier for her to have this distance right now as it's all so raw.''