Kelly Brook: America is my saviour

Kelly Brook says getting the chance to work in America on upcoming sitcom 'One Big Happy' has been a huge deal for her because it allows her to escape the ''negative English mentality''. 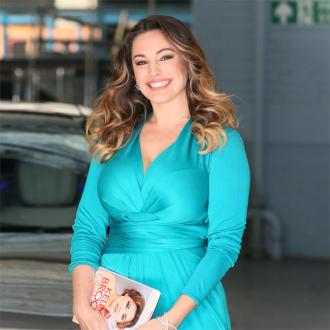 Kelly Brook says working in America has been her ''saviour'' because she's been able to escape the ''negative English mentality''.

The 34-year-old star is set to start shooting new sitcom 'One Big Happy' - which is being produced by Ellen Degeneres - later this month and has had some movie success Stateside, appearing in films such as 'Piranha 3D'.

Kelly insists working America has been a blessing because the criticism she has experienced in Britain has made her lose confidence in herself.

In an interview on 'This Morning', Kelly said: ''I start filming ('One Big Happy') next week. We shot the pilot and it's been picked up by NBC. Ellen is incredible and so fantastic and I think that's what has really been my saviour is going to America to work because sometimes when I'm here all the time there is some much media intrusion and so many people saying negative things and I think that is an English mentality - so going to America and being told you're good at something and I think, 'OK, maybe I'm not in the wrong business and maybe I can do this'... it gives you more confidence.''

Kelly is releasing her first autobiography, 'Kelly Brook - Close Up', and in the tome she has lifted the lid on her failed relationships with Jason Statham, Billy Zane, Danny Cipriani and Thom Evans and her turbulent upbringing in Kent, South East England, where she witnessed violence and alcohol abuse.

The brunette beauty decided to accept the offer to pen the book because she felt the time was right and she wanted to close a chapter on her life.

She said: ''I was really surprised when I was approached to do the book and I never really reflect on things, I always move forward and never dwell on things or celebrate things ... I find that my life is so fast, but when I sat down and thought about the different relationships I'd had, my upbringing, where I started and where I am now I realised it is quite an incredible and interesting journey ... This was just the right time [to do the book] because I have enough distance from certain things now and it was kind of closure in a way.''

Kelly insists her fiancé David McIntosh has no issue with her releasing the book because she had written it before she met him and it deals with her past not her future with him.

She said: ''David is lovely and I wrote this book way before I met him and he was well aware that it was coming out. I was single when I wrote this book so I had clarity and able to be fair and be honest. I wanted women to relate to certain thing.''