'The Legend Of Hercules' Deemed Failure Of Mythical Proportions

'The Legend of Hercules', starring Kellan Lutz, has been universally panned by critics ahead of its release in the US.

Kellan Lutz graces our screens once again in budgie smugglers, showing off perfect form but a poor taste in scripts. The Legend of Hercules, in which Lutz stars as the eponymous hero, has failed to impress critics ahead of its US release. 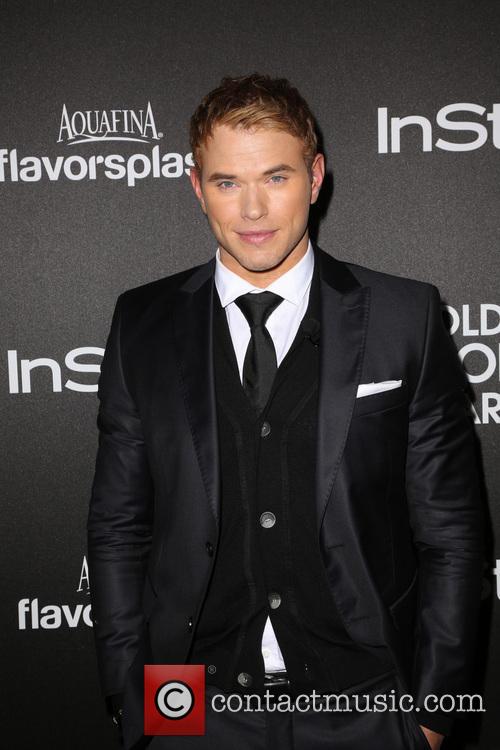 Here's a short synopsis of this particular variation of the Hercules myth. Hercules has grown up unaware he is a demi-god, namely the son of Zeus and a mortal. He has been raised in a royal household, believing he is the son of King Amphitryon (Scott Adkins) . Hercules' adopted brother Iphicles (Liam Garrigan), with whom he has an ongoing feud, becomes engaged to Hebe (Gaia Weiss), the princess of Crete. Of course Hercules is in love with Hebe and this causes more than a few problems for our muscle bound hero. Hercules and Hebe attempt to elope but are caught and Hercules is subsequently banished and sold into slavery. He then, without any regard for historical accuracy, becomes a gladiator.

This dreadful mash-up of mythology is surely enough to put anyone vaguely aware of the Greek myths, pulling their hair in frustration. Yet the anachronisms which are evident, even from the trailer, are not the film's major problem. The critics have universally panned the film, with the kindest reviews pointing out that the film is, at least, quite good fun.

Watch the movie trailer for The Legend of Hercules:

Others, such as The Hollywood Reporters' Todd McCarthy, claim the script has been taken far too literally and director Renny Harlin "embraces the mediocrity of the screenplay with a dour straight face, draining it of any enjoyably camp possibilities." He claims that if "The Legend of Hercules were just a little more inept or over-the-top, it might have been ridiculous fun."

Nevertheless, Stephanie Merry of The Washington Post sums up most critics' reviews in one line: "The only thing epic about The Legend of Hercules is what a failure it is."

The Legend of Hercules is due to be released in the US today (10th January 2014) and in the UK on 1st August.