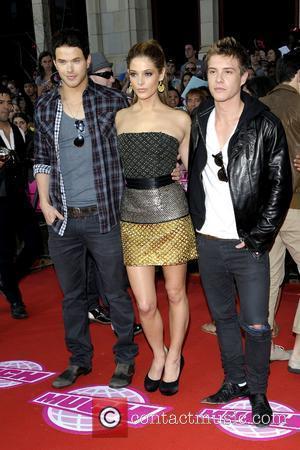 Kellan Lutz was left in agony on the set of his new movie after he was cut up by a machete during a stunt.
The Twilight star filmed a series of daring scenes for Deathgames, previously known as The Killing Game, alongside Samuel L. Jackson, and the actor was adamant he wanted to take part in the action himself.
Lutz was injured after he was struck by a large blade in a fight scene, leaving him with a nasty scar across his chest.
He tells Dose.Ca, "I loved doing stunts; I don't have tattoos and I always say that my scars and bruises are my tattoos. I just did this movie called The Killing Game (which has been renamed Deathgames) and we had real machetes. My chest got cut up by accident. My agent was like, 'That's your money maker! You can't ruin that!'"
But the injury has not put him off filming more stunt-packed blockbusters, adding, "I love action movies."