Kellan Lutz won't get into a serious relationship with Miley Cyrus out of respect for his friendship with Liam Hemsworth. 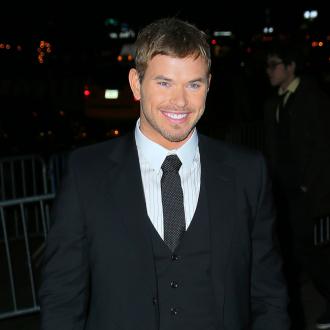 Kellan Lutz will never get serious with Miley Cyrus out of respect for Liam Hemsworth.

'The Legend of Hercules' hunk is good friends with Liam as well as his ex-fiancee Miley - who Kellan has been spotted kissing recently -but he will never get into a relationship with her, because he wouldn't feel right.

A source told the US edition of OK! magazine: ''Kellan is friends with Liam and doesn't want to insult him by getting serious with Miley.

''Miley came on way too strong for Kellan. All he wanted was to have a good time, and when they first hooked up she told him that was all she was after too.''

The insider added: ''He didn't expect her to get obsessed with him, because she acts so cool and independent. He feels bad. He never meant to hurt her.''

Despite being seen smooching with the 'Wrecking Ball' singer in Las Vegas, Kellan has always maintained he is just friends with Miley.

He recently said of her: ''She's very secure with who she is and a great example of not being afraid to just be yourself.''