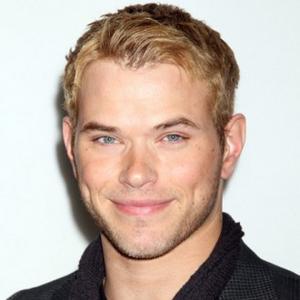 Kellan Lutz is designing a line of jeans for denim label Dylan George.

The 'Twilight' actor will front the Los Angeles based label's new men's line when it launches later this year and will design for the brand in collaboration with its founder Daniel Guez.

He said: "How cool will that be to create my own line? I grew up wanting to be an inventor. I went to school for chemical engineering. I love to create. I've always wanted to get into fashion. I've always liked drawing, not Space Age stuff but high fashion."

The line will be a sub-brand called Abbot & Main by Dylan George and will also feature men's T-shirts and cashmere knits as well as jeans.

As a clue to the type of designs which Kellan will be coming up with, the actor said he doesn't like overly embellished back pockets or baggy jeans as "girls don't like sagging jeans".

He is also likely to side with smarter jeans, naming a charcoal gray resin coated pair of slim straight jeans by the Dylan George label as the favourite he owns.

He added to WWD: "I like the ones that can be dress pants. I don't like to be loud. I like fitting in and not drawing attention. Simplicity is key."

As for T-shirts, the 25-year-old star favours chest-baring V-neck tops and said he is drawn to a neutral palette of navy, gray, black and olive green, which he said remind him of sunsets in the state of Arizona.

The collection launches in autumn, and is the first in the men's market from Dylan George after a three-year absence.