Kellan Lutz: I'll Win An Oscar, One Day (We Assess His Chances) 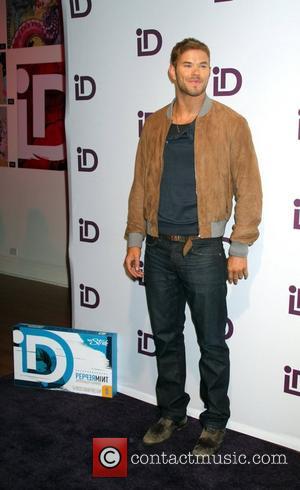 Kellan Lutz is a confident actor. The North Dakota born star - so far best known for his turn as Emmett Cullen in the Twilight Saga film series - claims he will win an Oscar one day, though is "in no rush to get there."

So watch out Sean Penn, Daniel Day Lewis and Philip Seymour Hoffman, because when Kellan Lutz decides to make an Oscar worthy movie you sure as hell ain't winning Best Actor! The star made the brash prediction in the latest issue of the ridiculously fashionable De Jour magazine, explaining, "I want to act for the rest of my life.I'll win an Oscar one day, but I'm in no rush to get there. I don't care if that takes me 50 years, and I'm old. I just love what I do." Well, Kellan has no less than four Hollywood projects in production: could he scoop an Academy Award for any of them? We take a look:

The Twilight Saga: Breaking Dawn Part 2, 2012 We all know what this is. And we all know that Kellan Lutz will not win an Oscar for it. In any category. Oscar chances? 1/10.

Java Heat, 2012This crime-drama sees Kellan play an American who teams up with a Muslim cop in Indonesia to track down a terrorist. Hmm, we suspect the film is hanging onto the coattails of the superb Indonesian crime flick The Raid: Redemption, though with Mickey Rourke in the cast, you never know! Oscar chances? 4/10.

Love Is All You Need?, 2013 Now here's a more interesting prospect, The drama follows a guy and girl who fall in love in a world where homosexuality is the norm, subsequently finding themselves ostracised and bullies. Cool concept.Oscar chances? 7/10.