Kelis thinks she has become a better person since giving birth to son Knight 16 months ago. 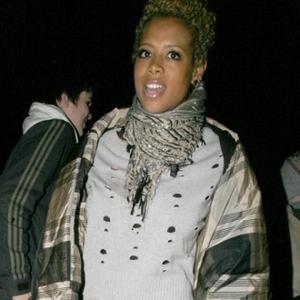 Kelis says motherhood has made her "more selfless and emotional".

The 'A Capella' singer - who has 16-month-old son Knight with ex-husband Nas - never expected to feel as strongly for her baby as she does and believes he has made her a better person.

Kelis - who split from Nas when she was pregnant - said: "Motherhood has made me more selfless and emotional. Motherhood changes the way you look at people and Human Life.

"Babies make you more human, No matter how much it was explained to me, I didn't understand the strength of my feelings for him. He literally brings me joy."

Kelis also believes her divorce from Nas - whose real name is Nasir bin Olu Dara Jones - after four years of marriage helped make her more prepared for life, as did her varied experiences in the last 14 years.

She explained: "I'm more prepared about life, but I don't just think that's because of the divorce. I'm a mother, I'm 31, it's because of all kind of things.

"I started in the industry at 17 and I really wanted to be on Broadway, but my career just happened. I took a break after 2006 because I wanted to do other things, like learning to become a chef, because I love having people over and cooking for them."