Kelis is obsessed with the slippers she gets free in her hotel rooms and always takes them home with her. 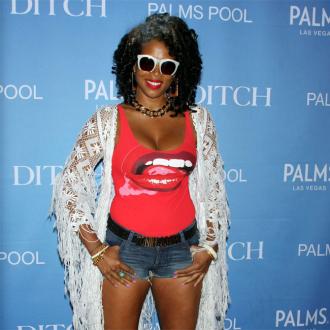 The 'Milkshake' hitmaker has admitted that she likes to keep her feet warm by wearing slippers around the house and confessed she collects the free pairs that are provided in the many hotel rooms she inhabits while on tour.

The 34-year-old star claimed that although she is currently living in hotel rooms while performing across the world to promote her new album 'Food', she doesn't like to live out of her suitcase and instead chooses to unpack every time she moves.

She said: ''When I'm touring I have a habit of taking everything out of my luggage all the time and spreading it everywhere.''

Kelis - who split from her husband Nas, with whom she has five-year-old son Knight, in 2009 - also admitted that she's not as interested in the celebrity lifestyle as she was when she was younger.

She added in an interview with Stylist magazine: ''I'm not as adventurous as I used to be. I just don't care anymore. I don't have the same excitement about stuff as I used to.