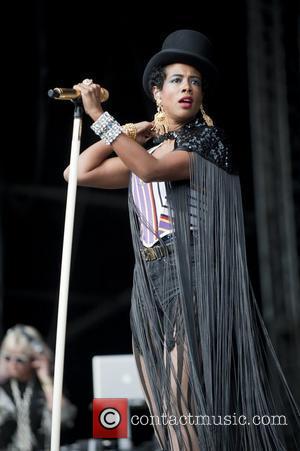 Race equality leaders in the U.K. have hit back at R&B star Kelis' rant about racism in Britain, insisting America has the same problems with prejudice.
The Milkshake hitmaker launched a furious broadside on Twitter.com on Monday (12Sep11) after she was insulted at an airport in London, claiming she was branded a "slave" by a fellow traveller.
She blasted race issues in the U.K. as "disgusting" and accused Brits of being "racially decades behind progression" - but officials at a leading race equality think-tank are adamant the problem is just as bad in the U.S.
A spokesman for the Runnymede Trust, the U.K.'s leading independent race equality group, tells WENN, "It's worth noting that we're not a multi-racial paradise in the U.K. but there is a fight back here, and there are lots of ways in which musicians like Kelis can contribute to that. Things like the UpRise music festival in London - 10,000 people making it clear they are against racism.
"But I don't think we have got a huge amount to learn from America in terms of the racism that operates over there. We are struggling against racism in the same way as people are in the States. What's interesting about it is you can be a star and be really famous and still not escape some of the racism that exists in both the U.K. and the States."