Keith Urban doesn't mind living with a house full of women because he ''didn't have any girls in his family'' growing up. The country singer claims he has learnt a lot from living with girls. 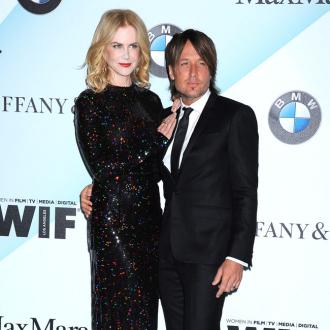 Keith Urban has learnt an ''enormous amount'' from living with his all-female family.

The 47-year-old country singer - who lives with wife Nicole Kidman also, 47, and his two daughters, four-year-old surrogate born Faith Margaret Kidman Urban and six-year-old Sunday Rose Kidman Urban - was used to growing up with a predominantly masculine household, but says he is ''OK'' being surrounded by women because they have taught him so much.

Asked how he finds living with his trio of girls he told Us Weekly magazine: ''I didn't grow up with any girls in my family, it was just my brother and me and mum and dad. Now being in a family that is all girls, I'm learning an enormous amount.''

The New Zealand-born artist also revealed his actress wife and his parenting techniques, saying they ''maintain a very expressive'' and ''artistic'' home.

He added: ''Nic and I are very in sync with the way we want to raise our girls. (We maintain) a very expressive, artistic house. I'm very comfortable with it.''