Keith Urban And Delta Goodrem To Take The Voice Down Under 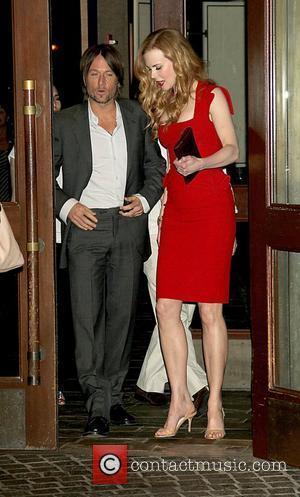 Australian stars Keith Urban and Delta Goodrem are heading home to take up judging roles on a new version of The Voice, according to a report.
The country star, who is married to Hollywood actress Nicole Kidman, has reportedly been offered a role on the panel of the new Australian version of the hit U.S. TV talent show.
Urban is said to be joining fellow Aussie Goodrem, as well as British singer Seal and Good Charlotte Rocker Joel Madden, according to Australia's Herald Sun.
The publication reports contracts have yet to be finalised, but production is due to begin early next year (12).
The hit American show, which features Christina Aguilera, Adam Levine, Blake Shelton and Cee Lo Green, is also coming to Britain - Lenny Kravitz, Cheryl Cole and Jessie J have been tipped to take roles on the U.K. panel.