The Rolling Stones' former manager Prince Rupert Loewenstein has died. He is credited for turning the fortune of the group from near bankruptcy to billions. 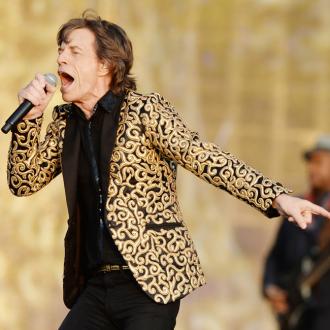 The music industry veteran, who is credited for turning the fortune of the group from near bankruptcy to billions when he started working for them in the 1960s, passed away on May 20 after suffering a long illness, according to Independent.co.uk.

Prince, dubbed ''the human calculator'', managed the band - made up of Keith Richards, Mick Jagger, Charlie Watts and Ronnie Wood, along with former members Brian Jones, Ian Stewart, Bill Wyman and Mick Taylor - for four decades, before they parted on amicable terms in 2007.

In his memoir, 'A Prince Among Stones', he admitted he wasn't interested in rock and pop music but wanted to help The Stones during financial difficulties.

He wrote: ''I certainly felt that Mick was a sensible, honest person. And I was equally certain that I represented a chance for him to find a way out of a difficult situation. I was intrigued.

''So far as the Stones' music was concerned, however, I was not in tune with them, far from it. Rock and pop music was not something in which I was interested. I had heard some of The Beatles' music.

''Their music was sufficiently harmonic to be acceptable to people such as me. I only really took against rock 'n' roll when I heard the Stones.

''But the offer to look at the Stones' financial situation had come at a very good time for me both professionally and psychologically.''

His funeral, which is expected to be attended by members of the band, will be held on Friday, May 30.

Prince's passing follows the tragic death of L'Wren Scott, the fashion designer girlfriend of Mick, who committed suicide in March.