Richards Reveals All About Pallenberg Romance In Morocco 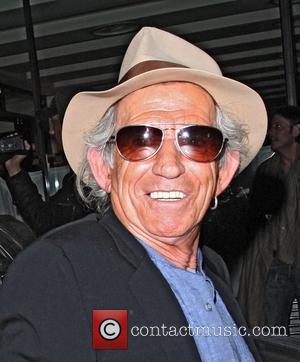 Keith Richards had revealed the truth about his "moonlight flit" with tragic bandmate Brian Jones' girlfriend Anita Pallenberg in Morocco, insisting he "rescued her" from an abusive relationship.
For decades it has been believed that Richards stole the model from Jones when a 1960s vacation went sour - but the guitarist insists he really was in love with Pallenberg and could no longer sit back and listen to her furious rows with his bandmate.
In an excerpt from his much-anticipated memoirs, published in the new issue of Rolling Stone magazine, Richards reveals his secret romance with Anita began in the back seat of his Bentley as the couple made their way from France to Morocco after dropping a sick Jones off at a Toulouse hospital.
Richards writes, "Anita made the first move... We got closer and closer and then suddenly, without her old man, she had the balls to break the ice and say f**k it. In the back seat of the Bentley, somewhere between Barcelona and Valencia, Anita and I looked at each other, and the tension was so high in the back seat, the next thing I know she's giving me a b**w-job... Suddenly we're together."
The couple stayed together until a very ill Jones joined them in Tangiers and he and Pallenberg briefly reunited and picked up their violent romance.
Richards decided enough was enough when Jones humiliated his girlfriend in front of two prostitutes when she refused to join the threesome for a sex party - and Pallenberg fled to her secret lover's room.
In the book, written with biographer James Fox, the guitarist recalls taking off with Pallenberg that night and leaving Jones alone in Morocco.
He explains, "Anita was in tears. She didn't want to leave, but she realised that I was right when I said that Brian would probably try and kill her."
And the guitarist takes issue with claims he stole the model from his bandmate: "My take on it is that I rescued her. Actually, in a way, I rescued him. Both of them. They were both on a very destructive course."