Keith Richards was '40 per cent drugs'

Keith Richards was ''40 per cent drugs'' while making 'Sticky Fingers' in 1971, his accountant has claimed. 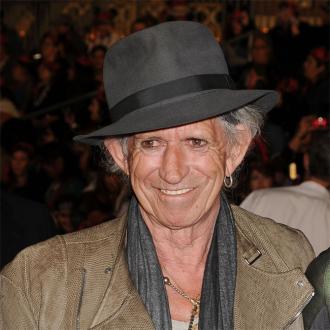 Keith Richards was ''40 per cent drugs'' while making 'Sticky Fingers'.

The Rolling Stones guitarist caused concern with his habit while recording their 1971 LP, with those close to the band admitting he was using narcotics ''just to exist''.

The group's financial manager, Ronnie Schneider, said: ''Keith at the time was maybe 60 per cent music and 40 per cent drugs. You start off taking them for your own enjoyment, but eventually you're taking them just to exist. Keith did it all.''

And Ronnie knew the easiest way to contact his client in those days was to seek out his drug dealers.

He added to NME magazine: ''There were times when if I wanted to contact him, I'd have to go through his dealers to find him.''

However, while Keith showing up for recording sessions ''wasted'' caused some problems, his bandmates Sir Mick Jagger, Charlie Watts and Bill Wyman didn't share his issues.

And Chris learned a lot while working on the LP.

He added: ''The big thing I learnt about working with the Stones was the magic of recording as a band, not doing things separately.''