Keith Richards Credits His Rolling Stones Bandmates With Saving Him From Suicide Following The Death Of His Baby Son. 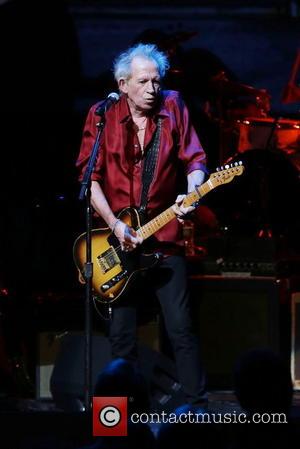 Picture: Keith Richards - The Jazz Foundation of America presents the 14th Annual 'A Great Night in Harlem' at the Apollo Theater - Gala Concert -...

The veteran rocker was on tour with the band in Paris, France, in June 1976 when he was told his 10-week-old son Tara - his third child with actress Anita Pallenberg - had died from sudden infant death syndrome (SIDS) in Geneva, Switzerland.

Keith reveals the news sent him into a downward spiral, but he was brought back from the brink by going on stage with the group just hours after losing his son.

"It was such a shock at the time, especially (as) I'm getting a phone call in Paris and this happened in Geneva and I thought, 'I'm going to go mad unless I do this show tonight'," he told BBC Radio 4 show Desert Island Discs. "Maybe it was a sense of self-preservation... It was a rough, rough thing. And I had a feeling... I must go on stage now and I'll worry and grieve and think about all this after the show. Because if didn't go on the stage I'd have probably shot myself."

Keith had two other children with Anita - Marlon and Angela. They split in 1979, and he went on to marry model Patti Hansen in 1983. The couple has two daughters together - Theodora and Alexandra.