Rolling Stones legend Keith Richards like to always keep a foot ''in the gutter'' because he doesn't ''trust the Pavement''. 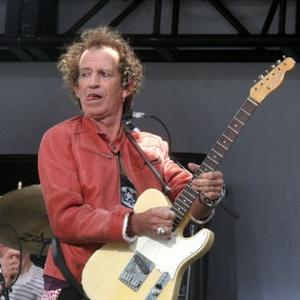 Keith Richards always keeps "one foot in the gutter".

The legendary The Rolling Stones guitarist has always been determined to remain grounded despite his riches and superstardom, and thinks his entire career would be over if he ever got a big head.

He said: "I do think it's kind of necessary to keep one foot in the gutter. Because I never trusted the Pavement.

"To me, my biggest fear is getting a big head, and that is when I get the hammer.

"Because it's very easy in this game to think you're something special. Just look at [late Rolling Stones guitarist] Brian Jones - he died from it."

Keith - who is an avid reader, and keeps a well stocked library of thousands of books, including rare histories of early American rock music and the Second World War - added he was surprised by the positive reaction from the literary world to his autobiography 'Life', as he felt he was perceived as a "moron".

He added to GQ magazine: "It's got me into a semi-literate area - people thought I was just a moron. I've actually got to like critics in the last year. I thought they were going to drag me through the mud, as I'm used to that."