Keith Richards has confirmed the Rolling Stones have started rehearsing again and he admits it feels ''so good'' to be back with his fellow band members. 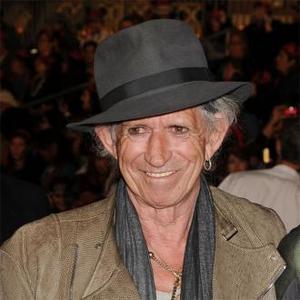 The '(I Can't get No) Satisfaction' group - who are also made up of singer Sir Mick Jagger, guitarist Ronnie Wood and drummer Charlie Watts - have returned to the studio for sessions ahead of their 50th anniversary celebrations.

While Keith was reluctant to confirm whether or not the band will go on tour to celebrate the milestone, he admitted being back in the studio with his fellow band members has felt ''so good''.

He told the BBC: ''There's things in the works - I think it's definitely happening, But when? I can't say yet.

''We're playing around with the idea [of a tour] and had a couple of rehearsals - we've got together and it feels so good.''

Earlier this year, Ronnie was overheard in New York talking about the band entering the studio again, saying Mick and Keith were going to ''play around with some ideas in the studio next week''.

The Rolling Stones are expected to celebrate their 50th anniversary with a tour next year, and Keith recently admitted 2013 is a ''more realistic'' timeframe that for the group to take to the stage again.