Keith Richards Is Ready To Record A New Rolling Stones Album And He Is Trying To Get His Bandmates On Board As Soon As Possible. 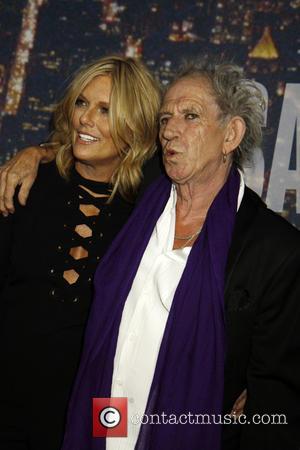 Picture: keith richards - A host of stars including previous cast members were snapped as they arrived to the Rockerfeller Plaza for Saturday Night Live...

However, the legendary guitarist fears he may have to wait until next year (16) to persuade his fellow Stones, Sir Mick Jagger, Charlie Watts and Ronnie Wood, to record new material.

Richards tells Entertainment Weekly, "I'm trying to get the Stones into the studio. But I don't quite honestly see it happen (sic) this year. After we do South America in February and March, I'd love to get in the studio in April. But I know what those guys are like. When they finish a tour, they don't want to do nothing!"

The rock wild man has been recording new music himself and is set to release his first solo album for 23 years, Crosseyed Heart, later this month (Sep15).