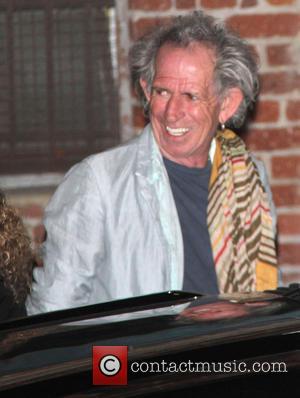 Keith Richards has taken aim at Rolling Stones bandmate Ronnie Wood for the way he dealt with his alcohol problem.

Wood has managed to get sober after multiple trips to rehab and just before the band kicked off its 50th anniversary shows last year (12), he confessed he was looking forward to his first Stones dates with a clear head, especially now that Richards has cut back on his boozing.

Wood told Rolling Stone magazine, "Keith is a pleasure to play with now. It was a pain on the last tour, toward the end, because he was really going for it on the drinking and denial."

And now it appears Richards has fired back in a new Men's Journal magazine interview, revealing he didn't approve of his pal's many rehab stints in his effort to get sober.

The guitar great says, "Ronnie loves drama. He loves to talk to people he doesn't know: 'I can't wait to hear your story!' That's not my idea of an audience.

"I hate all this idea of rehab and giving stuff up because it just means you're hung up on it. It just means, 'Ok, I'm drinking too much - I'll cut down.'"