The Rolling Stones guitarist Keith Richards thinks his bandmate Mick Jagger is a ''snob'' and a ''control freak'' but insists he's ''hell of a frontman''. 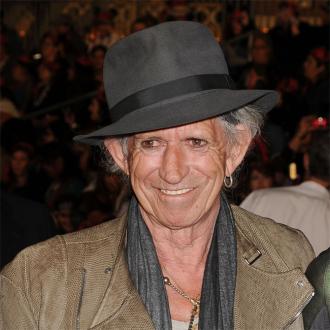 Keith Richards thinks Mick Jagger is a ''snob'' and a ''control freak''.

The Rolling Stones guitarist has blasted the band's frontman for being ''preoccupied'' with the boring things and getting ''lost'' in the nitty gritty details of life.

He said: ''I'll reinforce that. His daughter, Georgia May, was sitting around in my room and she said, 'Oh, you know what dad's like.'

''He's such a snob. He can come off that way even to me and the rest of the band. He comes on the plane and doesn't say, 'Hey mate.'

''He's preoccupied with something really boring. He's a control freak. He likes to know everything that's going on. He lost himself a bit in the details.''

However, the 71-year-old musician was equally as quick to praise his bandmate.

He added: ''He's a hell of a frontman. I still love him dearly. Your friends don't have to be perfect.''

Keith also opened up about his past foray with drugs and alcohol, admitting he felt as though people were giving him ''license'' to live vicariously.

He told the New York Daily News: ''I can drag that image around - the Keith with a bottle of bourbon in one hand and a joint in the other. It's a ball and chain.

''At the same time, I take it as a privilege to be taken into people's hearts and minds. I feel like I'm doing all these things that they can't do in a 9 to 5 job.

Of pot, he added: ''It's just a lift. It gives you a slightly different perception of your surroundings.

''To me, pot is just fun. And I'm glad to see the rest of the country is coming around to my way of seeing things.''