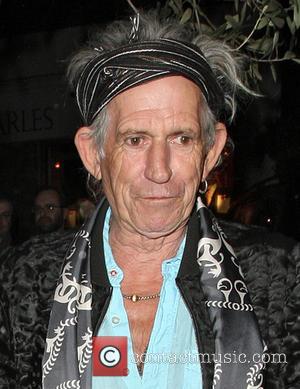 Keith Richards has thrown fans into a frenzy by suggesting The Rolling Stones will play a tiny surprise club show prior to the band's big summer (13) concerts.

The veteran rockers are heading off on a U.S. tour next month (May13) prior to a huge headline set at Britain's Glastonbury festival in June (13) and a gig in London's Hyde Park in July (13).

Guitarist Richards has now sparked rumours the group will be playing a surprise show in London over the next few weeks as they prepare to kick off the tour.

Speaking to Andy Bush of Britain's Absolute Radio, the Official Radio Partner of Barclaycard Presents British Summer Time Hyde Park, he says, "We usually do play (surprise shows) at the beginning of tours here and there throwing a club thing in to touch base with everybody really and with ourselves I guess. Hopefully that'll maybe happen while we're in London. I don't know, I'm not promising anything by the way... There's always the possibility, I never rule these guys out of anything."