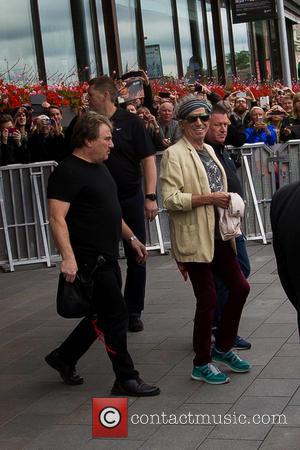 Rocker Keith Richards has completed work on his first solo album in 22 years, but refuses to release it until he wraps up his current tour commitments with the Rolling Stones.

The 70-year-old guitarist, who has only released two albums of solo material over the years, reveals he has been quietly working with his longtime songwriter and producer Steve Jordan and the follow-up to 1992's Main Offender is pretty much done.

However, Richards has no timeline for its release.

He tells the Associated Press, "I have a solo record finished, but I don't want to put it out while the Stones are working. (We've) got South America lined up in February, Buenos Aires, Peru. And after that, I know what the Stones tours are like, they tend to get extended."

And Richards admits he has enjoyed not having to work to a deadline this time around.

He says, "We had no rush. Every month or two we'd come down here (to New York's Germano Studios) and... knock off a couple of tracks... Nearly every record I've made is, 'You've got another five days'. But, this one, we're taking our time."