Keith Richards' Book Brought Out His Mean Side

Rolling Stones guitarist Keith Richards found out he was ''much meaner than he thought'' when he started writing his autobiography 'Life'. 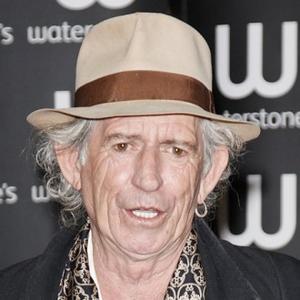 Keith Richards found out he was a "much meaner than he thought" when he started writing his autobiography.

The Rolling Stones guitarist learned a lot about himself when he penned his autobiography 'Life', but while he admits he didn't always do things the right way, he also discovered much about the value of Friendship.

Keith - who was named Writer of the Year at the GQ Men of the Year awards in London yesterday (06.09.11) for his book - said: "I learned that I'm a much meaner b*****d than I'd thought. But at the same time I realised how much friendship meant to me, and how much my friendship had meant to other people, which I hadn't thought about before.

"This is The Rock 'n' roll life and you had to invent it as you went along. There was no textbook to say how you operate this machinery. You didn't know you were always walking on The Edge of disasters, and there was no one to turn to and say, 'How do you feel?' because no one had been there before."

Despite the tales of rock 'n' roll excess, drug taking and outrunning the police in 'Life', Keith insists life on the road with The Rolling Stones wasn't always as exciting as it is made out to be.

The 67-year-old musician added to GQ magazine: "It actually wasn't a very glamorous life, it was a lot of hard slog, a lot of hard work. We were taking care of two hours on stage and the rest of it; I wouldn't wish that on anybody."

Keith upset his bandmate Sir Mick Jagger when he released 'Life' by claiming in the book his ex-girlfriend Marianne Faithfull had "no fun" with Mick in bed because the frontman has a "tiny" penis.