He also reiterates his aversion to televised music competitions.

Current pop music often finds itself being ridiculed by the veterans of the industry. Whether they rose to fame because of a reality show, release hit songs written by other people, or are played on a particular radio station, no popstar is safe from the sharp tongues of the likes of Keith Richards. 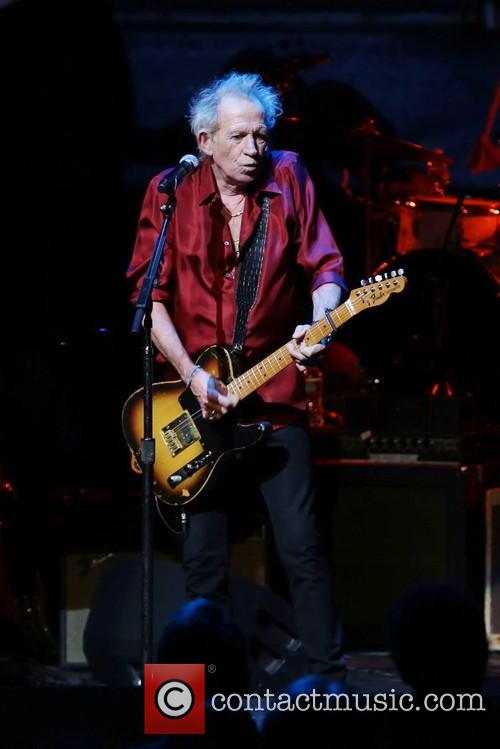 The Rolling Stones guitarist has lashed out at the pop world (not for the first time), accusing artists such as Adele and Rihanna as being dependent on other people. 'They can't rely on themselves, can they?' He told Time Out London in an interview.

He went on to hit out at shows like 'The X Factor', and blasting the contestants for just wanting a taste of the spotlight. 'We're in the midst of a heavy-duty "showbiz" period, even stronger than when we killed it last time', he said. ''The X Factor' and all this competition s**t. It's just for people who want to be famous. Well, if it's fame you wants, good luck. You'd better learn to live with it.'

Given that Richards has spent the majority of his career playing songs co-written by bandmate Mick Jagger, his assertions could be seen as a little hypocritical; plus, his dismissal of the fame-hunters, a little patronising. It's not as if he dealt with his own rise to stardom in the best way possible, and groups such as One Direction, Little Mix and Girls Aloud - who found success on television - haven't exactly shown signs of being unable to live with their fame.

But this is a regular rant of Richards', who has just never grasped the significance of TV competitions. 'You wonder why are you in there, is it to make music or be famous for two minutes with the X Factors and all that?' He said in an interview with BBC Radio 2 last year. 'The search for fame. And it seems to be an easy way to jerk your career up.

'In the end I don't see the point of making music into a competition. It is not the way it happens. If you get liked, and people like your music, it is because you put music out and lots of people buy it - and we like that.'