Keith Richards says ''the door is wide open,'' for Jack White to produce The Rolling Stones if they head to the studio to record later this year. 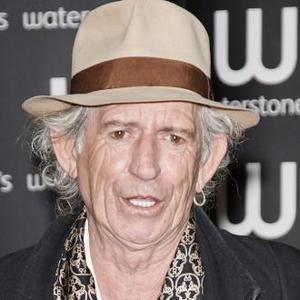 Keith Richards says ''the door is wide open,'' for Jack White to produce The Rolling Stones.

The legendary 'Paint it Black' band's guitarist said they are meeting next month to discuss plans to celebrate their 50th anniversary, and he is keen for them to head to the studio.

He told Rolling Stone magazine: ''I'd love to get some tracks down and see what songs we've got. And that goes along with part of getting the band back together and getting things moving. So I'd love to cut some tracks, yeah.''

When asked if blues renaissance man Jack - a friend of Keith who worked on some demo material with him in 2009 - would produce the new material, he replied: ''That's always a possibility. The door is wide open.''

Keith - who is joined in The Rolling Stones by singer Sir Mick Jagger, guitarist Ronnie Wood and drummer Charlie Watts - also said he would like the tracks he and Jack recorded to one day be released.

He said: ''I don't know if Jack ever considered that it was actually, like, master cuts.

Meanwhile, the former The White Stripes frontman has said he prefers to print vinyl records for his Third Man label, because he likes the ''romance'' of the format.

He told the BBC: ''The whole experience of vinyl is what we're after, the romance of it. The smell of vinyl, the smell of a newly opened record. If we don't see something moving, we lose romance. There's no romance for me to sing to you about an iPod.''