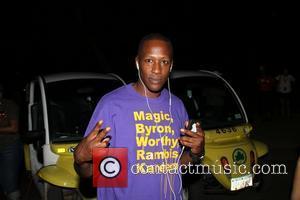 A rap battle between hip-hop veterans Keith Murray and Fredro Starr was cancelled at late notice on Sunday (28Sep14) over payment issues.

The two rappers showed up at The Atrium in Atlanta, Georgia ready to put their rhyming skills to the test at The MC Wars New World Order Ii gig, but after an initial delay, the event, including a second match-up between Bonecrusher and Mike Jones, was called off.

Taking to Twitter.com to vent his frustration, Murray wrote, "So I'm at this battle and the promoter didn't come with the money for us and he did some slick s**t and shut it down Mc War f**ked up".

Starr also took aim at the promoters on his blog, adding, "jankypromoters the battle didnt go down. i was there ready 2 go (sic)!!"