Keisha White released the single 'Don't Mistake Me' earlier this month, it was taken from her forthcoming album. Her previous release 'Weakness In Me' entered the top 20 earlier this year.

Music has always been a huge influence in Keisha's life. With her mother being a professional singer, Keisha has always been around music. "I call them the three A 's" - Aretha Franklin, Alicia Keys and Anita Baker proclaims Keisha of her musical mentors.

Everything is in place for Keisha to make the next step towards great musical success. This summer Keisha White will join fellow British artist Craig David as support on the UK leg of his upcoming world tour.

We caught up with Keisha earlier this week for a chat about touring, singles and what's next for her.

Keisha White, The Weakness In Me,... 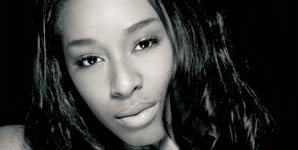 Keisha White, The Weakness In Me, Video Stream Video