Keira Knightley didn't wear a skirt until she was 14, as she was a ''tomboy'' who ''hated'' girly clothes. 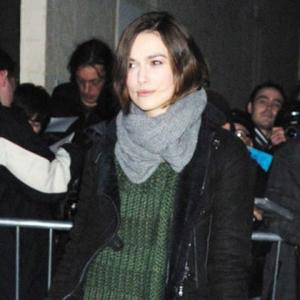 Keira Knightley didn't wear a skirt until she was 14.

The 26-year-old actress - who is currently dating Klaxons rocker James Righton - admitted she was "a tomboy" throughout her teenage years, and "hated" girly outfits.

She said: "I've definitely got a bit of the boyish In Me. Growing up I was a tomboy. I didn't wear skirts until I was 14. I hated them. I love a man's shirt."

Keira - whose new movie 'Last Night' tells the tale of a married woman who considers having an affair with a former lover - also explained she had no idea men could be capable of "emotional betrayal" until she started researching the film.

"The number of guys I asked said it was the other way round. For them, to love another woman emotionally and not be physical was much worse.

"I didn't think men were capable of emotional betrayal."