'Say When' Continues Knightley's Growth As An Actress

With two down and one to go, Keira Knightley has made a career redefining performance in 'Say When'.

Keira Knightley is having a great year, with three performances that mark a clear turn in her career. She's throwing herself into roles with a loose abandon that brings out her own sparky personality in hitherto unseen ways. After surprising everyone with her raw singing talent in 'Begin Again', she now takes on a grown-up coming-of-age role in 'Say When' (aka 'Laggies'). And her strikingly open-handed performance in 'The Imitation Game' is still to come. 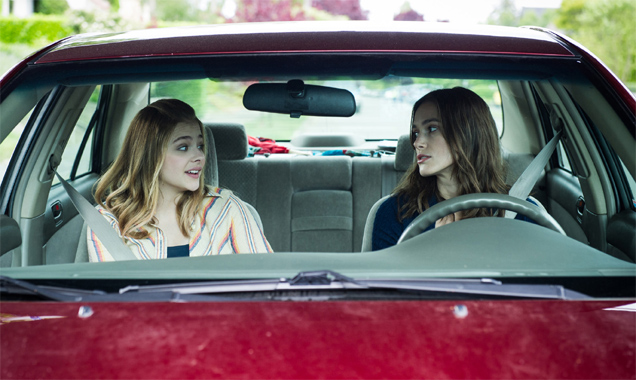 Chloë Grace Moretz appears alongside Knightley in 'Say When'

Knightley broke through with her lead role in the 2002 sleeper hit 'Bend It Like Beckham', a football movie that isn't quite as good as most people remember it being. Knightley's performance is rather stiff, but she has undeniable screen charisma, which is what landed her as the heroine in the first 'Pirates of the Caribbean' trilogy. A small role in 'Love Actually' and a strangely goth action-girl Guinevere in 2004's 'King Arthur' followed, plus the first glimpse of her acting chops in John Maybury's little-seen 'The Jacket', opposite Adrien Brody.

More: Watch the trailer for 'Say When'

Then she discovered the costume drama, earning nominations for both an Oscar ('Pride & Prejudice') and a Bafta ('Atonement') and winning a European Film Award ('Anna Karenina') for movies directed by Joe Wright. Other acclaimed period roles include 'Never Let Me Go', 'The Duchess' and David Cronenberg's 'A Dangerous Method'.

After an appearance early this year as the requisite oblivious girlfriend in a blockbuster ('Jack Ryan: Shadow Recruit'), she has turned to more grounded roles in which she has let herself turn in much more naturalistic performances than she's ever done before. Journalists who have interviewed her have long known that she has a warm, raucous sense of humour, and it's great to see it finally reflected on-screen.

More: Why We Should Leave Naturally Slim Keira Knightley Alone!