Sam Worthington treated Keira Knightley with ''complacency'' on the set of 'Last Night' and now thinks she will see his as ''arrogant'' for ''a long time''. 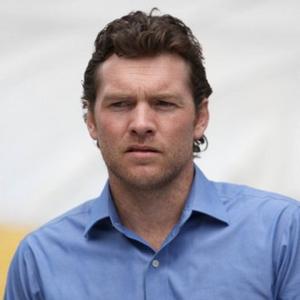 The British actress appeared alongside the 35-year-old hunk in movie 'Last Night', and because of his decision to approach the role - about a husband and wife who have become complacent in their marriage - in a method style, he irritated both his co-star and the director Massy Tadjedin.

He said: "For the first week of rehearsals I got to know her, we had a barbecue and stuff, but I was struggling to get into the role. I thought if I treat her with complacency - like the characters in the movie - that might help. So in the second week, I became complacent.

"Actually, I was a bit of a jerk. I didn't turn up to rehearsals. Why? I couldn't be bothered. And I picked fights with the director. Keira started to hate me.

"It was stupid. I'm not very good at turning it on and off. It will take a long time for her to stop seeing me as arrogant."

The 'Debt' star admits it is hard to get away from his own thoughts, and entered a particularly dark place when filming thriller 'Texas Killing Fields'.

He added to the Metro newspaper: "I was a f**king maniac. I play a guy who's an angry racist dealing with dead bodies every day. I went off the rails, although I didn't know it at the time. I listened to a lot of murder tapes. I pinned pictures of murders up. Believe me, that is horrible to be around. It's always ringing in your head; it's in your being.

"You can't take a holiday from yourself. No matter where you go, you can't shake what's going on in your head."