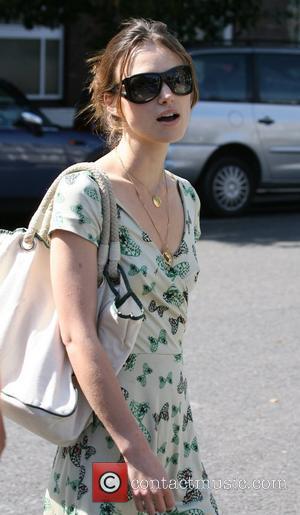 Keira Knightley insists media reports on The Notebook star Rachel McAdams walking off the nude Vanity Fair cover shoot earlier this year (06) were completely blown out of proportion. The Pirates Of The Caribbean star appeared naked on the cover, along with Scarlett Johansson, and MCAdams was supposed to join them before she had second thoughts. She explains, "It was actually pretty undramatic as I remember it. Quite early on Rachel just said, 'No, I'm not into that.' "She's a lovely girl, and I really respect her for doing that. "Both me and Scarlett had worked with Annie Leibovitz (the photographer) and her team before, and I really get on with them, so that was a situation I felt comfortable in. "I really believe in this industry women have to be very true to themselves about what they're comfortable with. Both me and Scarlett said, 'This is definitely something that we're up for.' "So why not? It's something to show the grandchildren!"