Keira Knightley was so clumsy when she was a bridesmaid at her brother's wedding she spilt food on her dress and ripped it in the toilet. 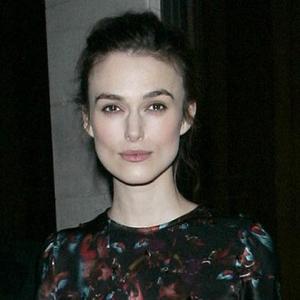 Keira Knightley was the "worst bridesmaid in the world" at her brother's wedding.

The British actress took on the role at her 32-year-old sibling Caleb's wedding to Kerry Nixon in Scotland last month, and although she is usually very careful when she is wearing great clothes, Keira clumsily spilt food on her bridesmaid's dress and accidentally ripped it.

She said: "I don't normally spill things down myself but every single drink went down that dress.

"So I was the worst bridesmaid in the entire world."

Despite her numerous wardrobe malfunctions, the 26-year-old screen beauty had a "great" day and loved wearing the plum coloured dress - although she is doubtful she will be asked to perform the role again.

Speaking on TV show 'Live! With Regis and Kelly', Keira - who took her new boyfriend, Klaxons star James Righton, to the nuptials - said: "I'm never going to be asked again. It was a great dress and I had a great night."