Keira Knightley doesn't have time for a personal life when she's working on a film and finds it hard to keep in touch with her friends. 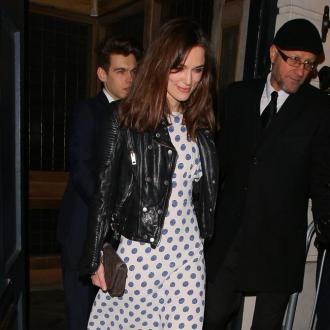 Keira Knightley says she can't have a personal life while working on films.

The 'Anna Karenina' actress' schedule so extremely busy when she's on set that she doesn't ever have the time to catch up with her close friends because of her ''extreme'' lifestyle.

She said: ''When I'm not working it's really about seeing as many friends as possible and making sure I'm there in their lives. The way I work is extreme. You can't really have a personal life if you're working on films all the time. There's Skype, but, really, there's just no way of doing it.

Keira, who married Klaxons vocalist and keyboardist James Righton last year, enjoys catching up with her pals when she has time off in between movies.

She added in an interview with Red magazine: ''It becomes very important to block out some time when I don't work and that's how I retain friendships, otherwise people just float. You kind of become somebody who is rudderless.''