Keira Knightley's Chanel Ad Banned For Being 'Too Sexy' 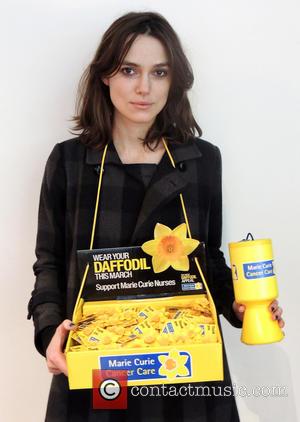 Keira Knightley is someone who exudes sexual appeal by the bucket-load, so when an advert featuring the tantalising actress is deemed 'too provocative to be shown on TV' then you better believe that the advert does just what it says on the tin.

Knightley's advert for the fragrance Coco Mademoiselle from CHANEL features the Anna Karenina star unzipping her clothes as she enters a room, before lying on a bed, naked but for a sheet and then crawls towards a photographer and appears to be about to kiss him when she puts her finger to her lips and says 'lock the door' (yeah, thats pretty sexy). Whilst most would celebrate this commercial, some are not so enthused about it and this backlash reached it's highest ebb when shown during the ad-break during a recent showing of Ice Age 2.

The Advertising Standards Authority received a number of complaints after the airing of the ad during the airing of the children's film, including one who contested that the advert "was not suitable to be broadcast during a film that was likely to appeal to children, because she believed it was overtly sexual". However Chanel have hit back at the complaints, commenting that the ad had already appeared during daytime time slots and Ice Age 2 was chosen as a fitting slot because it included sharp humour and involved recognised celebrities as voice actors, having a clear appeal to adults. The fashion powerhouse went on to contest that Keira was not overtly sexual and her telling the photographer to "lock the door," because that scene was merely a distraction as the next shot showed that the actress had fled.

Chanel have added that no-one has complained to them directly about the advert, whilst Clearcast, the organisation that gives advice on the airing of commercials, has backed Chanel's response.