Keira Knightley's Broadway Debut In Therese Raquin Was Halted On Thursday Night (01oct15) When An Audience Member Yelled Out A Marriage Proposal And Threw Flowers Onto The Stage. 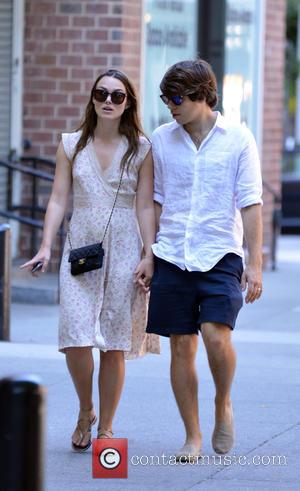 The Pirates of the Caribbean star was just minutes into the first preview of the play when a man got up from his seat on the mezzanine level of the Studio 54 theatre and began yelling at Knightley from the railing, reportedly asking her to marry him.

The actress, who is already married to Klaxons rocker James Righton, and her co-star Gabriel Ebert remained in character until the audience member threw a bunch of flowers onto the stage.

It landed near their feet just moments before the culprit was escorted out by security guards.

According to reports, Ebert then stopped their scene to kick the flowers off the stage. They attempted to continue the performance, but a voice came over the speakers announcing there would be a short break before the show resumed.

The play, based on the novel by Emile Zola, will officially open on 29 October (15).