Keira Knightley was forced to halt her performance in 'Therese Raquin' in New York last night after a male audience member began shouting at her. 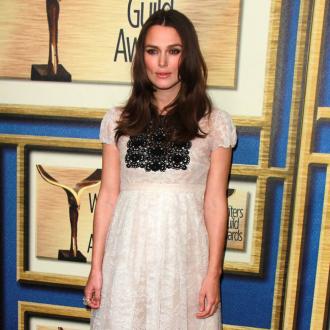 Keira Knightley's Broadway debut was disrupted by a screaming man proposing to her last night (01.10.15).

The 30-year-old actress was forced to halt her performance in 'Therese Raquin' at Studio 54 in New York just minutes into the first act after a male audience member stood up, approached the stage and began declaring his love for her.

Kacey Bange, who was sitting in the audience when the incident unfolded, told E! News: ''As soon as the play started, there was a guy who started yelling, 'This was all looney tunes!' I turned and noticed that there was a guy hanging off the mezzanine yelling stuff to the stage.''

She added: ''He kept yelling before ending with a perfunctory, 'Will you marry me?'

''At this point a security guard walks over and taps him on the shoulder, and [the man] starts yelling 'Five seconds! You have five seconds! All it takes is five seconds!' ''

The unidentified man then launched a bouquet at the stage before he was thrown out of the venue, and the production was paused briefly while the cast composed themselves.

It's believed the heckler was later handed over to the police.

Meanwhile, Keira, who portrays the titular character in the production, welcomed her first child, daughter, Edie into the world four months ago with her husband James Righton.